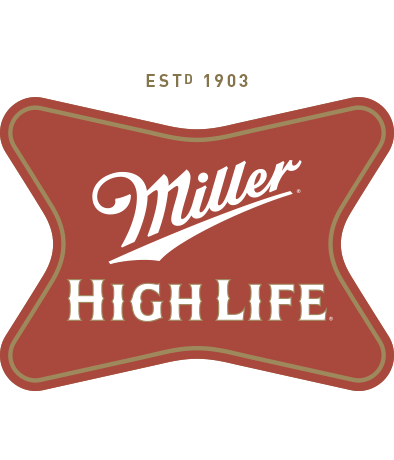 A FULL-FLAVORED REFRESHING AMERICAN LAGER IN A CLEAR GLASS BOTTLE

A favorite among bartenders, brewers, and beer lovers in general, Miller High Life was launched as Miller Brewing Company’s flagship beer in 1903. Its crisp, easy-drinking flavor is the epitome of the American lager category. True to its original recipe, it’s brewed with a proprietary blend of malted barley, hops from the Pacific Northwest, and Miller yeast.

OVER A CENTURY OF RICH HISTORY 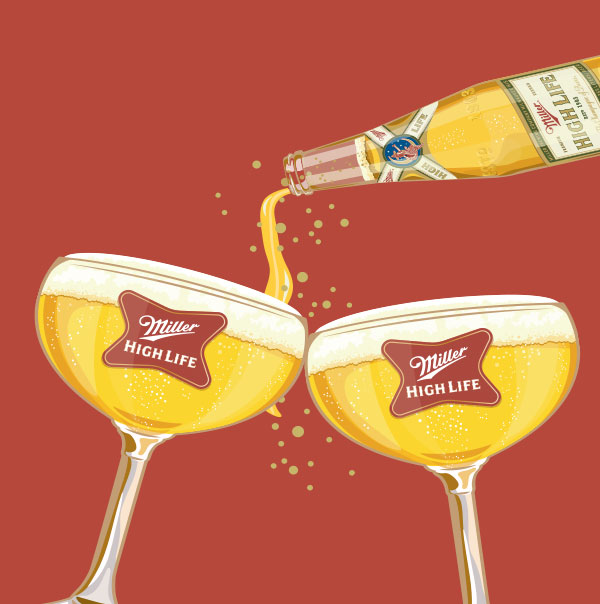 Toast the season
with

Create a custom holiday toast and raise a Miller High Life to the people, accomplishments and occasions you’re celebrating this season. 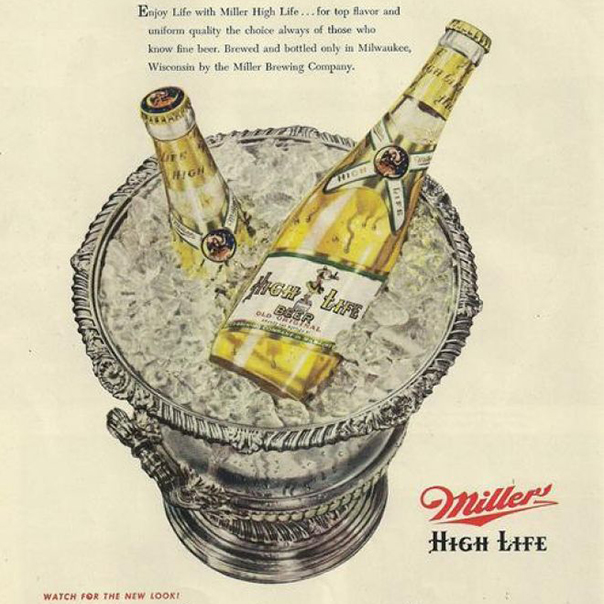 In the early 1900s, most Americans enjoyed their beer in a saloon or taken home in bucket. As a market developed for “bottle beer,” Miller Brewers crafted a crisp, refreshing, effervescent flagship beer. Within three years, the new beer earned the nickname “The Champagne of Bottle Beer.”

THE GIRL ON THE MOON

She sits on a crescent moon amidst a star-filled sky, a clear glass in her left hand. Although there is no record of how the famous “Girl In The Moon” was created, it is known she was first trademarked by Miller in 1907. She has since become one of the most mysterious and beloved brand icons in America. 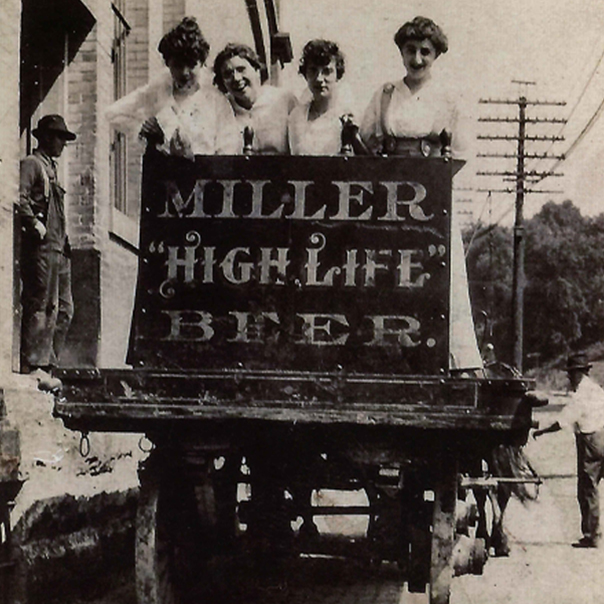 By WWII, bottled beer was commonplace. As Americans sought a lighter, more refreshing beverage, the same lager first brewed as a luxury champagne-like beer was now easily available to everyone from financiers to factory workers — consistent with founder Frederick Miller’s belief that the best things in life should be available to all. 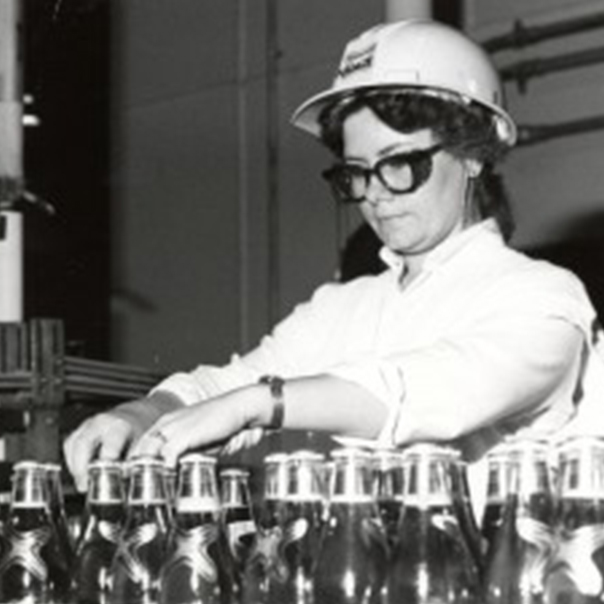 As brewers learned about the susceptibility of hop oils to light, Miller took the extra step of developing special light-stable Galena hops just for High Life, ensuring the beer would taste as refreshing as it looks through the clear glass of the bottle. 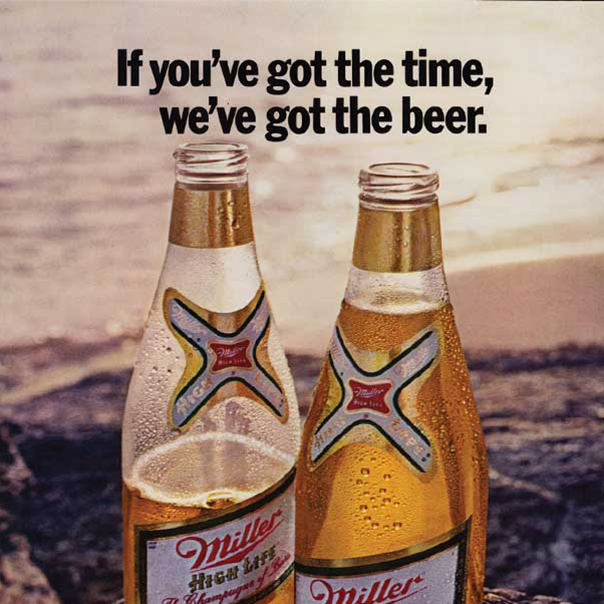 IF YOU’VE GOT THE TIME…

Maybe more than any other beer, High Life has been associated with the idea of a reward for a hard day’s work. As the classic High Life jingle says, “if you’ve got the time, we’ve got the beer.” This attitude of respect between brewer and customer is something that Miller High Life has always stood for. 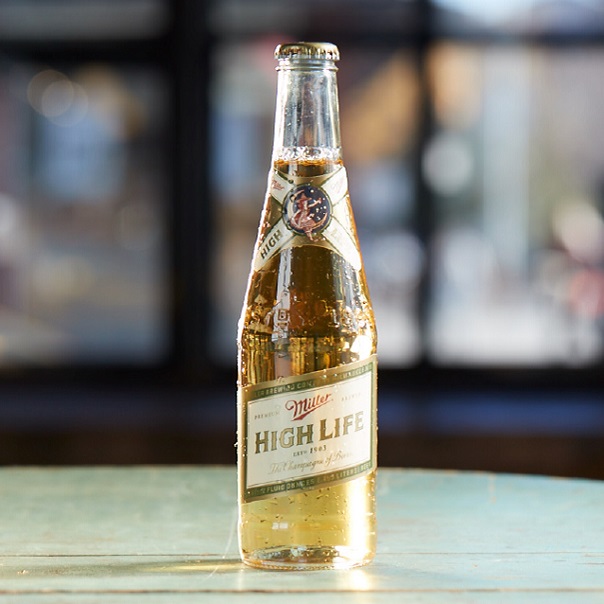 Miller High Life today is as it has always been. It’s brewed with the same basic recipe. Bottled in the same clear glass. Widely available to all who seek it. The Champagne of Beers.

WELCOME TO THE HIGH LIFE

WHAT'S NEW IN THE WORLD OF HIGH LIFE 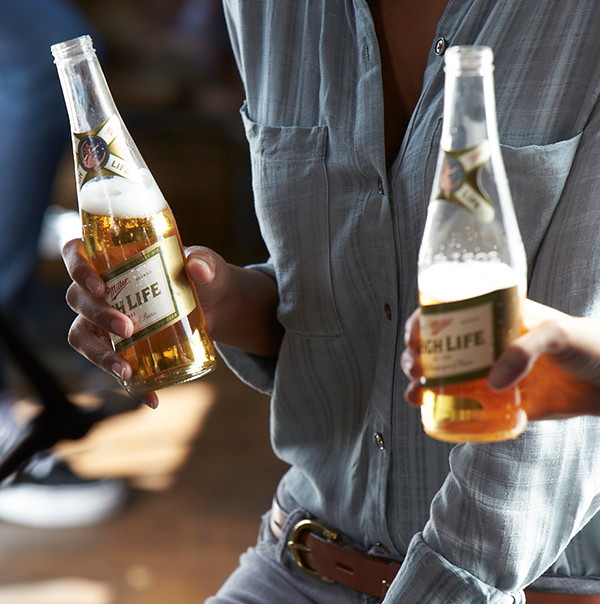 For more information about our beer and the other things created in the name of High Life, visit us on Facebook. 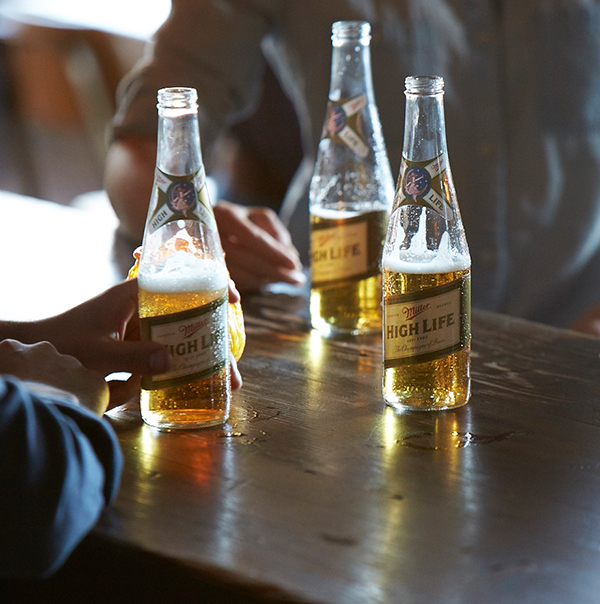 NOT JUST ANOTHER BEER...

See our latest commercials about what makes Miller High Life,